Home is on a reservation, but he lives the life of a touring blues musician

Guitarist, singer Mato Nanji due at Club Fox on Thursday 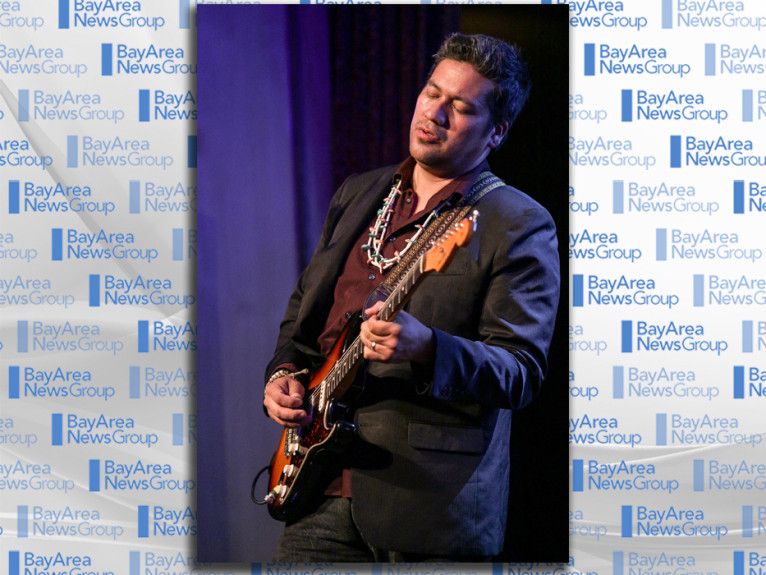 Blues has long been a natural outlet for those facing struggle and oppression, whether  in a ghetto or on a American Indian reservation.

Nanji says, “B.B. King told me that the blues can take you out of all that and make you feel better. Blues doesn’t make you more depressed. It’s the kind of music that can make you feel more proud of what you’re doing and what you’re feeling and what’s going on in your life. That’s what connected me to that type of music. It’s deep-rooted music, and a lot of the natives were really into it back in the old days, people like Charley Patton (part Cherokee and considered byt some to be the father of the Delta Blues).”

Nanji’s grabbing original songs, soulful vocals and searing guitar riffs power Indigenous. He dedicated the band’s latest album, “Time Is Coming,” to the indigenous youth on the reservations. “It’s just to be supportive, because they’re always having a tough time,” Nanji says.

As a child, he listened intently to his parents’ old blues and rock records.

HIs father and his uncles had a Top 40 band, The Vanishing Americans. Nanji says, “They had split up before I was born. I found my dad’s guitars and amps in the basement. I was like, ‘What is this?’ I didn’t even know he was a musician.

“Later, I found out that my dad knew everything about amps and guitars. When he found out I was interested, he started teaching me a little bit. But he basically just said, ‘You’ve got to listen and learn yourself. If you learn it yourself like that, you’ll never forget it,’ which turned put to be one of the best pieces of advice I’ve ever had.”

At the suggestion of their parents, Nanji, the eldest child, teamed with his bassist brother, drummer sister and percussionist cousin to form Indigenous. They were 13 to 16 years old. They practiced for more than a year, then started gigging.

“We never thought, ‘Oh, this is going to be our living, our career.’ We just started working. And I’m still at it,” Nanji says.

Nanji says, “To be a young kid, from where I come from, it was an honor to be part of that. I had grown up listening to those guys.”

B.B. King had words of wisdom for Nanji. “’Stay high on the music, keep going and you’re going to be OK’ — that’s what he told us. There’s already a high there. You don’t need anything else.

“So many of the other people I grew up listening to, I found out they were into drugs. Musically they were my role models and my heroes, but as far as who they were as people, what they did, didn’t connect with who I am.”

The original Indigenous lineup stayed together for 10 years. “Like with every band, after a while, it doesn’t click like it used to. Being brothers and sisters, I think it was even tougher. I’m actually surprised we made it as long as we did,” Nanji says, laughing.

He was always focused on the music. His bandmates were increasingly indulging in distractions.

“I was the one really pushing for us to keep it together and keep going down the tracks. But everybody else was falling off, as we went. They were getting into more drugs, more alcohol. I’ve never followed that path. I was just interested in writing, playing, touring, recording — doing the work. To me, that was more important than anything else, certainly more important than the party life they were interested in.

“It’s a lot of work, a lot of stresses, so that’s why a lot of musicians turn to drugs and alcohol. But it just never intrigued me at all. I’ve been able to handle the stress.”

Nanji just completed the Experience Hendrix Tour. He says he was thrilled to share the stage with such artists as Buddy Guy and the last surviving member of the Jimi Hendrix Experience, Billy Cox.

“Buddy is, like, 80 years old, and still doing it. Billy is, like, 77. So it was so inspiring to me, having the opportunity to play with them. It’s awesome to see those guys up there every night, rocking it.

“All the new stuff that’s going on, that’s on TV all the time, it seems generic and phony to me. Seeing guys like Buddy play on stage, there’s something much deeper going on there, very special and very spiritual. He’s still connecting with new generations.”

Nanji, 42, is still based on the reservation where he grew up, He writes much of the Indigenous material with his wife Leah. They have six children, ages 12 to 23. Several of them are displaying musical talents.

“That’s pretty inspirational,” Nanji says. “It makes me want to keep on doing what I’m doing. Like both my dad and B.B. King said to me, ‘If you love what you’re doing, it’ll take care of you.’”